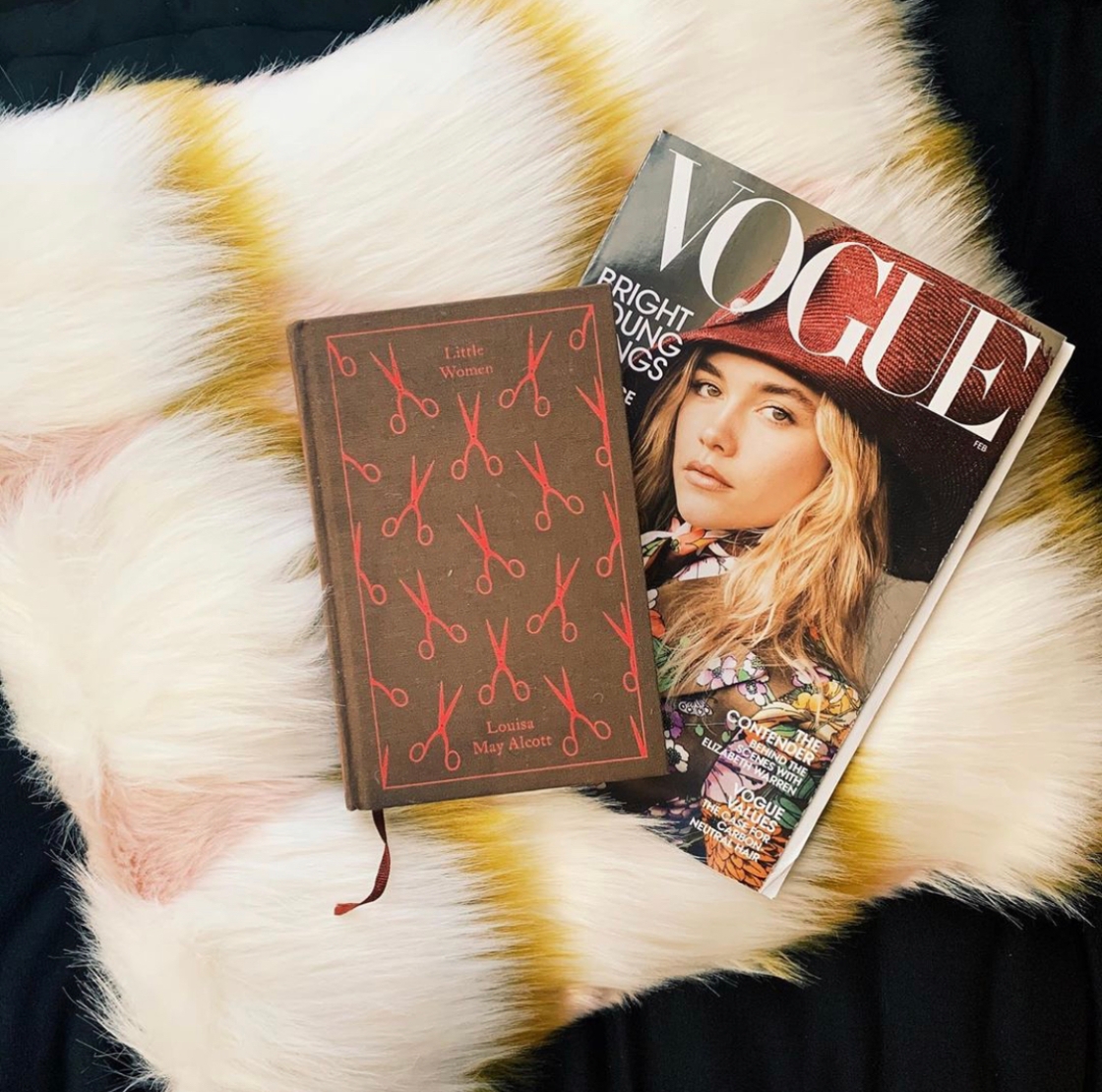 from my bookshelf: little women by louisa may alcott

the four march sisters (meg, jo, beth, and amy) live with their mother (marmee) and wait for their father to return home from fighting for the union in the civil war. a boy who lives next door, laurie, becomes fast friends with the march girls and particularly close with jo, a talented writer and tomboy. the story is about the isolated moments and memories in life that ultimately define people’s lives. think: illness, sibling fights, heartbreak, and the day-to-day ups and downs of relationships. such experiences allow the little women to find out who they are as individuals and as a family unit…and what that looks like as they enter into adulthood, on their own, but forever bonded.

“Very few letters were written in those hard times that were not touching, especially those which fathers sent home. In this one little was said of the hardships endured, the dangers faced, or the homesickness conquered; it was a cheerful, hopeful letter, full of lively descriptions of camp life, marches, and military news; and only at the end did the writer’s heart overflow with fatherly love and longing for the little girls at home.”

“Jo’s book was the pride of her heart, and was regarded by her family as a literary sprout of great promise. It was only half a dozen little fairy tales, but Jo had worked over them patiently, putting her whole heart into her work, hoping to make something good enough to print. She had just copied them with great care, and had destroyed the old manuscript, so that Amy’s bonfire had consumed the loving work of several years. It seemed a small loss to others, but to Jo it was a dreadful calamity, and she felt that it never could be made up to her.”

“Mrs. March glanced at Meg, who was looking very pretty in her gingham morning-gown, with the little curls blowing about her forehead, and very womanly, as she sat sewing at her little worktable, full of tidy white rolls; so, unconscious of the thought in her mother’s mind, she sewed and sung while her fingers flew, and her mind was busied was girlish fancies as innocent and fresh as the pansies in her belt, that Mrs. March smiled, and was satisfied.”

“Jo’s breath gave out here; and, wrapping her head in the paper, she bedewed her little story with a few natural tears; for to be independent, and earn the praise of those she loved, were the dearest wishes of her heart, and this seemed to be the first step toward that happy end.”

“I don’t think I have any words in which to tell the meeting of the mother and daughters; such hours are beautiful to live, but very hard to describe, so I will leave it to the imagination of my readers; merely saying that the house was full of genuine happiness, and that Meg’s tender hope was realized; for when Beth woke from that long, healing sleep, the first objects on which her eyes fell were the little rose and mother’s face.”

“So Amy sailed away to find the old world, which is always new and beautiful to young eyes, while her father and friend watched her from the shore, fervently hoping that none but gentle fortunes would befall the happy-hearted  girl, who waved her hand to them till they could see nothing but the summer sunshine dazzling on the sea.”