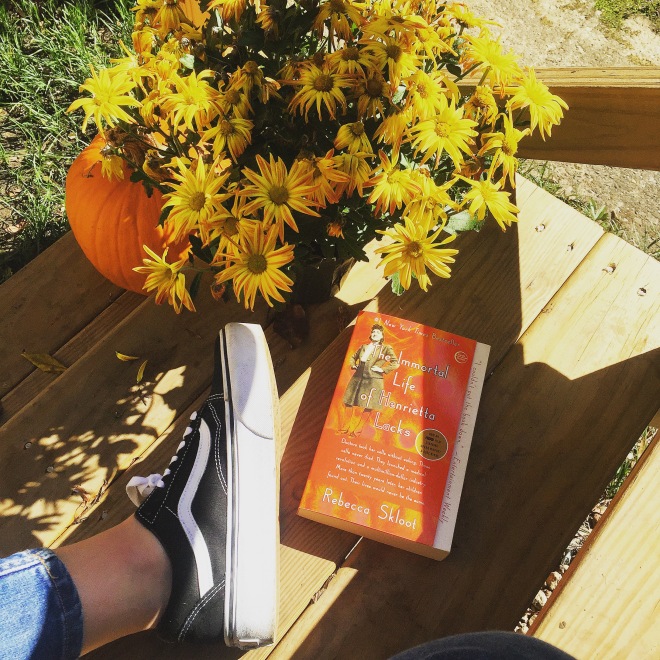 from my bookshelf: the immortal life of henrietta lacks by rebecca skloot

the immortal life of henrietta lacks is academic and non-fiction to its core, but reads like a fiction novel. the story is about henrietta lacks, a patient at johns hopkins in baltimore in the 1950s. cells taken from henrietta for research ended up becoming known as “”HeLa” and became a crucial part of scientific and medical research. even today, the impact of HeLa cells cannot be overstated. on the surface, skloot’s book raises interesting questions about medical ethics, specifically the concept of informed consent. on a deeper level, the book reveals how poverty, racism, abuse, and mental and physical health issues ultimately make those affected feel lost, used, and guarded. in the case of the lacks family, following their desire to ask difficult questions and learn more about their mother and where they came from seemed to be a small step towards healing.

note: this book was made into a movie on HBO starring oprah winfrey.

“Deborah and I stood in silence, watching him walk away. Then she put her arm around me and said ‘Girl, you just witnessed a miracle.'”

“Henrietta’s were different: they reproduced an entire generation every twenty-four hours, and they never stopped. They became the first immortal human cells ever grown in a laboratory.”