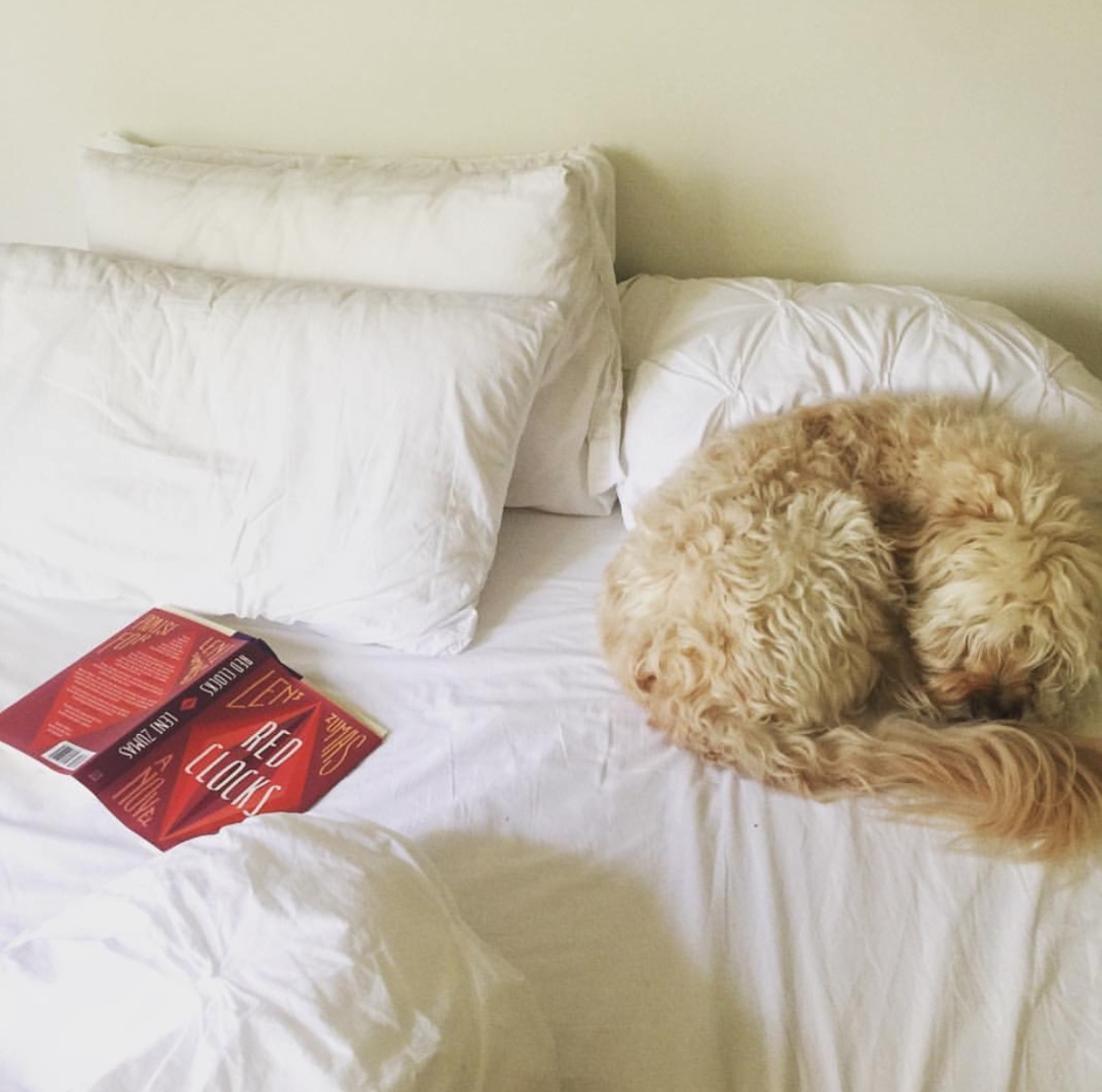 from my bookshelf: red clocks by leni zumas

red clocks takes place in a version of america where congress ratified the “personhood amendment”, which gives fundamental constitutional protections to a fertilized egg from the moment of conception. abortion is illegal in all 50 states and abortion providers can be charged with second-degree murder, abortion seekers with conspiracy to commit murder. in vitro fertilization is also federally banned. the stories of five women–one desperately trying to get pregnant; one seeking an abortion; another struggling to be a good mom when her marriage is falling apart; one using her gifts as an herbalist to give women abortions; and a female polar explorer from the past–make up the novel. author leni zumas challenges readers to step inside the skin of multiple characters in order to explore the female experience as it relates to marriage, fertility, motherhood, sexuality, and immense pressures of society to approach these topics “the right way.”

“The sea does not ask permission or wait for instruction. It doesn’t suffer from not knowing what on earth, exactly, it is meant to do. Today its walls are high, white lather torn, crashing hard at the sea stacks. ‘Angry sea,’ people say, but to the biographer the ascribing of human feeling to a body so inhumanely itself is wrong. The water heaves up for reasons they don’t have names for.”

“She often wished Didier were taller. Is her wishing the product of socialization or an evolutionary adaptation from the days when being able to reach more food on a tree was a life-or-death advantage?”

“It is no crime to watch someone, but humans like to name these things normal and those things peculiar.”

“Magic was of two kinds: natural and artificial. Natural magic was no more than a precise knowledge of the secretes of nature. Armed with such knowledge, you could effect marvels that to the ignorant seemed miracles or illusions.”

“She has lost people, the mender senses. A tiny smell, like a spoonful of smoke.”

“They are the products of desire: sexual, yes, but more importantly (in the age of contraception, at least) they come from the desire to recur. Give me the chance to repeat myself. Give me a life lived again, and bigger. Give me a self to take care of, and better. Again, please, again! We’re wired, it’s said, to want repeating.”

“Over the course of human evolution, did men learn to be attracted to skinny women because they were not visibly pregnant? Did voluptuousness signal that a body was already ensuring the survival of another man’s genetic material?”

“But her mother, who went from father’s house to college dorm to husband’s house without a single day lived on her own, never knew the pleasures of solitude.”

“Can the biographer remember first thinking, feeling, or deciding she wanted to be someone’s mother? The original moment of longing to let a bulb lichen grow in her until it came out human? The longing is widely endorsed. Legislators, aunts, and advertisers approve. Which makes the longing, she thinks, a little suspicious.”

“The biographer’s car crests the cliff and the ocean spreads below. Vast dark luminous perilous sea, floors white with sailors’ bones, tides stronger than any human effort. Sea stacks sleep like tiny mountains in the waves. She loves the sheer fact of how many millions of creatures the water holds–microscopic and gargantuan, alive and long dead.”